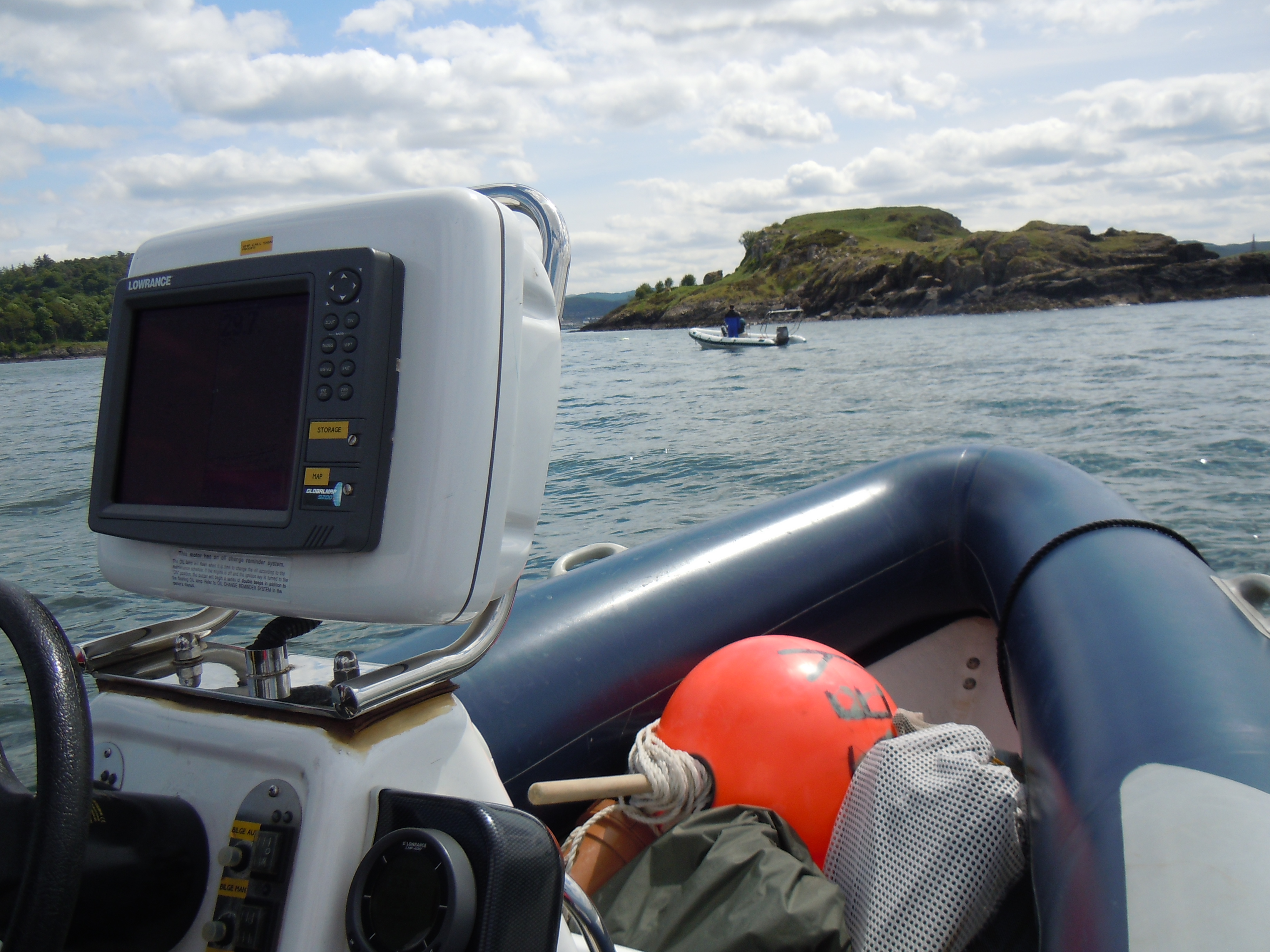 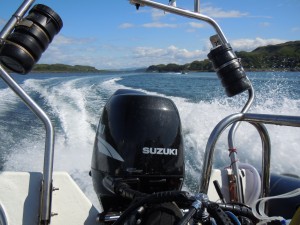 Three Club members had an excellent day’s diving on Saturday. If you can cast your minds back to before the dampness of Sunday you will recall that Saturday was glorious. Eric, Clare and John gathered at Swanage Pier for a dip prior to a charter boat dive with Divers Down. The water looked calm, clear and inviting. Once Eric had cobbled together his borrowed kit we entered by the DD pontoon. We covered the whole length of the Pier seeing cuttlefish, flatfish, crabs, tompot blennies, shrimps, shoals of fish (not sure what they were – probably wrasse!) and dodging a descending fishing weight. It was a really pretty dive with sunlight playing through the planks above and illuminating the swaying seagrass beyond the pier itself. John, having gone in with 80 bar needed a bit of extra air from Clare’s octopus for the return leg and but still managed to surface with 20 bar. We have all dived the Pier many times and it was by far the best we have seen it.

We had lunch on the pier and were entertained by the Red Arrows display over at Bournemouth Air Show. What we did not realise at the time was that the traffic for the same Air Show was preventing our other two divers – David and Colin – reaching Swanage in time for the hard boat dive. Shame chaps – we had a great day 😊

Eric’s drysuit was not living up to its name, and after some faff, the problem was rectified with the application of a mole-wrench on his inflator hose……

The hard boat dive was on ‘Spike’ to two of the Valentine Tanks in Poole Bay. For those who are not aware, these are amphibious tanks which were being tested prior to the D Day landings. Unfortunately, some of them were not as amphibious as had been hoped and sank during the tests. The conditions were lovely – nice and clear and calm. Unlike John who discovered, as we approached the site and were kitting up, that he had left his fins in his car. Fortunately Spike’s Skipper was able to drag a pair out the scuppers for him!!

The shot was on one with a rope to a second about 75m away. The skipper said they sites were fish magnets and indeed they were – large shoals of bib hanging around. We had a good look around the first tank which is missing its turret but has an elderly lobster, a couple of congers and lots of shrimps and crabs as residents. A swim to the second, passing a dozing dogfish en route, showed a similar wreck but with its turret lying on the seabed alongside. More congers, lobster, crabs, shrimps and shoal of bib. Although the surrounding seabed was mainly covered in slipper limpets we did see brittle stars and some tiny spider crabs too.

We had intended to dive elsewhere from Kimmeridge but with the ranges open we had to adjust our plans – we selected Chapman’s Pool along the coast. 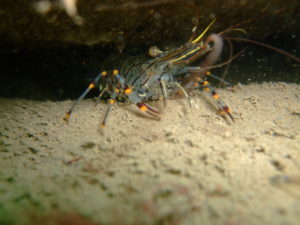 The sun was shining for the divers (Colin, Andy, Paul, Julia and John T – yes I did mean John!) as we set off; however just outside Kimmeridge the tide was very low so we had to tip-toe our way out and then along the coast worrying in case we “fouled” the offshore range limits.

Chapman’s Pool is meant to be a very scenic dive with ledges but the first pair in (Paul and Julia) were unimpressed and come up with not a lot of praise for the site. A readjustment of position closer to the shore and Colin, Andy and Paul tipped over the side of the RiB. We found the ridges but much sea-life was NOT on display. However Andy managed to take a picture or two (one is displayed here). After about an hour rummaging around it was time to surface and enjoy lunch moored in Chapman’s Pool.

We had an uneventful journey back to the slipway at Kimmeridge and soon recovered the RiB. It was then that we had chance to enjoy a brew from John’s new van converted for those nights away – very plush. Whilst there we were also witness to an air ambulance landing on the cliff and then the SAR helicopter in the bay initially dropping off a crew member no doubt to attend the same incident as the air ambulance.

On the way back we stopped at the Indian Restaurant for a meal. A pleasant day with friends – and some diving!!!

The forecast for the day was pretty grim with heavy rain for most of day.

It did not disappoint and we all got a good soaking before even getting on the boat. We booked the Mary Jo from Swanage Boat Charters to pick us up from the pier 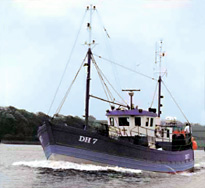 which was excellent. There was a great choice of parking on a soaking Wednesday afternoon. The skipper showed a photo taken in the morning of the sea bed which was clear from the pier. Sadly the rain had altered the picture by the afternoon.

There was only Paul, Maija, Josh and I booked but were we joined at the last minute by a solo diver!! (No comment)

The sea was calm and after a good briefing we headed for the Fleur de Lys. Current was running a bit making the holding and descending down a partly submerged bouy an initial challenge for us all.

Visibility was reasonable in places as we looked round the wreck finding the engine, prop and steering gear. This area was inhabited by some large wrasse and a large crop of white squid eggs and a Tom pot blenny. We followed the line to the barge where Paul and Josh spotted a large plaice. Into the barge away from the current we had better vis and explored the length with large and small spider crabs and velvet swimmers. The hull is covered in sea squirts and light bulb squirts.

On returning the current was quite strong so we tried the more sheltered side of the barge.

Back along the rope to the wreck. We also spotted a fan worm and the star find a tiny cuttlefish or squid. About the size of a 50p and very cute. Back on the line for a safety stop the current strung us out. However, the boat skipper came alongside and we relished the ride up the lift and hot drinks back on board.

The current and lift were new experiences for some and all coped well.

We finished the day at The Scott Arms near Corfe with maybe the best Pub view in Dorset. (It is even better on a good vis day).

So despite the rain a good dive for us all.